Home Political News What Does a Deputy Mayor Do?

What Does a Deputy Mayor Do?

Whether in a private business or public entity, work cannot be accomplished by a single person, hence, the need for senior advisors or leadership that can ensure success.

The City of Evansville has a Strong Mayor form of government, thus electing a chief executive every 4 years to administer the operations of city government.

Through the years, the office of the Mayor has had staff focusing on various duties such as constituent services, communications, scheduling, and inter-governmental relations between departments.

Over time, the Mayor has always had senior advisors, whether the position was called “Executive Assistant,” as former Chief Justice Randall Shepherd served in the role for former Mayor Russell Lloyd Sr. or “Chief of Staff” as was the title for Rose Young and Joan David during their time in the Civic Center.

In 2012, Mayor Lloyd Winnecke took office and I had the privilege of being hired as his Chief of Staff. My role was not only to serve as the Mayor’s senior advisor but also to help manage the 23 departments that oversee the work of a combined $340 million-plus budget, as well as a coordinate policy with the city council and other layers of government.

At that time, the city code directed that the City Controller would temporarily become the chief executive of the Mayor was incapacitated until a caucus would be held to elect a new Mayor.

In 2016, the city council approved language that allows a Mayor to name a Deputy Mayor that would instead take over in their absence.

Shortly thereafter, Mayor Winnecke made my appointment as Evansville’s 1st Deputy Mayor. My role in the Winnecke Administration did not change, however, the executive “chain of command” was formalized. Future Mayors now have the option to appoint a Deputy Mayor or rely on the former code that would give the authority to the City Controller on a temporary basis.

Serving as Chief of Staff and now Deputy Mayor has been an extraordinary experience and an honor to be involved in all aspects of city business, ranging from budget development to leading various Task Forces on COVID-19 or the Aquatics Center to working on economic development projects.

While Mayor Winnecke has made an enormous positive impact on Evansville, his Administration has a great team working daily to address challenges facing our community. It is an honor to serve and ensure Evansville remains a #StrongCity. 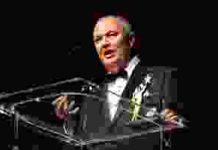