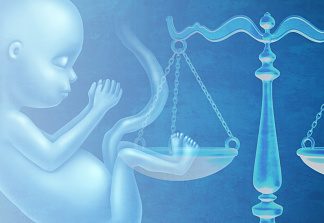 INDIANAPOLIS—The Indiana House Thursday repeatedly voted down amendments from Republicans and Democrats alike to Senate Bill 1, a ban on abortion with exceptions for rape, incest, and life of the mother, sending the bill to a final floor vote on Friday.

As in the Indiana Senate last week, among the amendments voted down was one that would remove the exceptions of rape and incest.

Early during Thursday’s session, the House passed an amendment clarifying another exception to protect the physical health of the mother. Rep. Wendy McNamara, R-Evansville, sponsor of the bill, said the amendment would clarify the language to apply only to “serious health risks.” The amendment also would eliminate a 20-week post-fertilization limit for abortions for fatal fetal anomalies.

Like Young’s, Engleman’s amendment failed, receiving a majority of House Republican votes but not enough to pass. It failed in a 39-61 vote, with all Democrats, and 32 of the 71 Republicans voting no.

“Nobody chooses to be a victim of rape or incest, which is also rape. Ending the life of a human child is neither necessary nor an evidence-based treatment for rape,” said Engleman.

Engleman then said she had an unwanted pregnancy when she was in high school. She said it cost her a full ride scholarship and she didn’t go to college, but she made the “right decision” and is blessed with her children, and now grandchildren.

McNamara said she appreciated Engleman’s position but asked the chamber to vote against the amendment.

Rep. Ryan Hatfield, D-Evansville, also opposed the amendment, sharing the story of a woman he met while serving as a prosecutor. He said the woman and her husband went to a friend’s house, and as the night went on her husband left and another man made sexual advances on the woman.

He said the rapist left her beaten and bloodied. Hartfield asked Engleman if her amendment would require this woman to carry out her pregnancy and she said it would.

“I have spent my professional career, among other things, locking rapists up. This amendment would allow them (rapists) to choose the mother of their children,” said Gore. “Please, be reasonable, vote no.”

Rep. Cherrish Pryor, D-Indianapolis, said the amendment would be especially unfair to children who are victims of rape or incest, citing the report of an a10-year-old girl who had to travel to Indiana from Ohio

“She’s a baby, she’s still a baby,” said Pryor of the victim. “What the amendment is saying really is ‘babies should be carrying babies.”

The Republicans who were in favor of the amendment also argued passionately.

Rep. Bob Morris, R-Fort Wayne, said he wants to help the mothers who have gone through traumatic experiences, but cannot support abortion, even in the cases of rape and incest.

“We’re talking about two human beings. Two wrongs don’t make a right,” said Morris. “I will do everything I can to help this mother during this crisis. Do everything to find the person who did this crime.”

Rep. John Jacob, R-Indianapolis, also said he does not accept the exceptions for rape and incest.

“Abortion is always murder,” said Jacob. “If you vote against this amendment you are voting to say that it is OK to murder a child.”

House Speaker Todd Huston, R-Fishers interrupted Jacob at that point, saying that Jacob was questioning the motives and character of the other members in the chamber, and offered him a chance to rephrase what he had just said. Jacob replied that he did not want to rephrase what he had said because he was making a “logical argument”.

“They all deserve our protection,” Jacob continued. “I am pleading with you, not just my Republican colleagues. But my Democratic colleagues as well.’’

He said Mike is a man from Warsaw in northern Indiana given up for adoption by a young single high school student, adding that Mike eventually reconnected with his mother.

“Mike’s life is a demonstration that every unborn child’s life is precious, and has meaning, and is worth protecting.”

He then shared the story of Serena, who he said was raped at 13 by her uncle, and underwent an abortion Wesco said Serena was so horrified that when she became pregnant again at 16 she kept the baby.

“This time she knew what abortion was, and she determined she would never end a life,” Wesco said.

After the defeat of Engleman’s amendment, Rep. Sue Errington, D-Muncie, proposed another which she referred to as the “let the people decide” amendment, proposing a non-binding vote in every county to see how Hoosiers really felt about the issue of abortion.

“We talk a lot about the silent majority, and this is an issue a lot of people are silent on,” said Errington. “Let’s see what Hoosiers in general think of this issue, ‘should abortion be legal in Indiana?’”

VOTING AGAINST THE AMENDMENT WAS WINDY McNAMARA (R) AND RYAN HATFIELD (D).