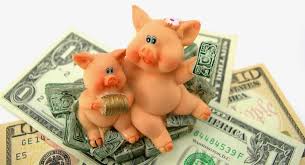 If you’ve read some of my past columns, you’re well aware that one of my favorite subjects is the extreme amount of wasteful “pork barrel” spending that gets attached to congressional spending and appropriation bills as they wind their way through both the house and the senate.

A majority of these attachments will have absolutely nothing to do with the original intent of the bill.

The House and Senate during the 2011-2012 congressional session agreed to observe a moratorium to eliminate “earmarks”, (the term congress prefers over pork barrel), from being added to bills under consideration.

The “moratorium” actually does not exist in either the house or senate rules, so let’s call it a “gentleman’s agreement” that in reality is not enforceable. In recent years “earmarks” have made their way back into congressional bills with a vengeance.

“Hey, as a house member I would like to add an amendment to the appropriations bill under consideration to appropriate one billion dollars to fund the establishment of “turnip farms” in my state. May I remind the House Appropriations Committee that my vote is going to be needed to pass the entire appropriation bill, or I’ll gladly give you my vote or another issue in exchange for adding my “earmark”; No Problem, the amendment is added as an “earmark” as “payment” for securing a yes vote. It happens all the time.

Now the above was just an example, I used “turnips” simply because I don’t like them, and I personally see no reason for them to even exist outside of perhaps using them for livestock feed; hey, feeding livestock the turnips is a much better use for them than having to eat them myself.

Should the President have “Line Item Veto Power” to veto wasteful spending has been debated for years.

Well, that didn’t last long, in 1998 the City Of New York filed suit challenging the law. The United States District Court of Columbia declared the “Line Item Veto Act” unconstitutional. That decision was appealed to the Supreme Court, which on June 25, 1998, upheld the district court’s decision, thus nullifying the act.

Both courts basically ruled that it violated the Constitution’s Presentment Clause, which details the legislative process, bills presented to the president for his signing have been passed by both chambers, and the president has the right to veto the entire bill, but the president does not have the power to amend the bill by striking individual items within the bill.

Presently, there is no enforceable preventive process to control “earmarks” being added to bills except the aforementioned “gentleman’s agreement”.

If congress were to actually have the will to end federal “earmarks”, it would have to be through an amendment to the Constitution. Once the amendment was passed by the house and senate, it would then have to be sent to all 50 states, requiring a minimum of 38 states to approve the amendment.

The above is not going to happen. Why? Because there is going to be fierce resistance within the state legislatures, they will have in mind there is going to be a constituent within their state that at some point in the future may want to start a “turnip farm” and request their congress person to obtain a federal “earmark” for them to do so. They will not want the federal spigot turned off.

The main pro argument for a president to have a “line-item veto” power is quite simple. Think of yourself purchasing several items, you have a $20 maximum budget, checking out, your total comes to $22, so you have to put $2 worth in items back to stay within budget. Now use that same scenario when using billions, trillions, of taxpayer dollars. The president using a “line-item-veto” power could easily eliminate costly “earmarks” which are wasteful pet projects of the sponsoring house or senate member.

The main argument you often hear against giving the president a “line-Item-Veto” power, is that the President could use it as a political weapon, punishing a out-of-favor congressional member by removing an “earmark” that would directly benefit that members state.

I don’t believe the above is a valid “negative” argument, as congress would retain its constitutional right to override a presidential veto with a two-thirds majority vote in both the house and the senate.

I believe Congress is more afraid to try passing an amendment to give the president a “line-item veto” because it could potentially be embarrassing if their individual “earmark” received a presidential veto and they would then have to defend the wasteful expenditure in the public realm.

Remember the “bridge to nowhere” episode?

Former Senator Ted Stevens championed the “earmark” of $230 million dollars for the construction of a bridge in Alaska to connect the tiny town of Ketchikan to Gravina, an island with an approximate population of 50 citizens. For a handful of citizens, who had a working ferry system, the expenditure would have amounted to over $15 million per resident.

Fortunately the “pork barrel appropriation” was exposed in time, and the ensuing “stink” resulted in the appropriated money being redirected to other worthy projects, including the reconstruction of a bridge in New Orleans damaged by Hurricane Katrina.

Without having to resort to the tedious process of trying to ratify an amendment to our constitution to grant the President “Line Item Veto” power, couldn’t our House and Senate representatives simply agree to reinstitute their self-imposed ban on “earmarks”?

I myself, have little faith that our congress as a whole has the will to again self-imposed “earmarks” as they did almost a decade ago; back then our congress had many more sensible members, and many of those have since been culled from the herd.

I guess the best I can hope for is we now have enough turnip farms.

FOOTNOTE:  This article was posted by the City-County Observer without bias or editing.