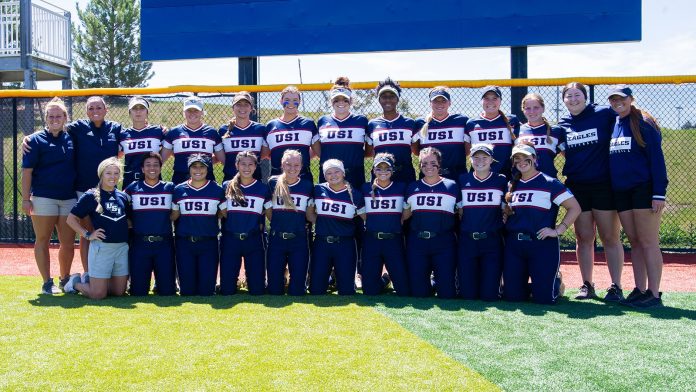 EVANSVILLE, Ind.—University of Southern Indiana Softball landed at No. 6 in the final National Fastpitch Coaches Association Division II Top 25 Poll, which was released last week by the NFCA.

The Screaming Eagles finished their final year at the Division II level with a 49-13 overall record and 26-2 mark in Great Lakes Valley Conference play. USI won the GLVC regular-season and GLVC Tournament titles before capturing its third NCAA II Midwest Region title—all since 2017.

The Eagles, who are earning their second-highest national ranking to finish a season in program history—they were ranked No. 1 after winning the national championship in 2018—lost to eventual national champion Rogers State University (Oklahoma) in the opening round of the NCAA II Softball Championship. They fell in the elimination game to then No. 1 University of Texas at Tyler.

USI is expected to bring back eight starters, including its top three pitchers, when it begins its first year at Division I and as a member of the Ohio Valley Conference.