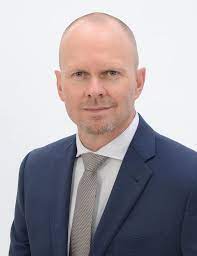 Newspapers across the state this week published James Briggs’ article from the Indianapolis Star “Indiana is a college degree desert and the economy is wilting” in which Briggs cites three recent reports: “Brookings, American Affairs, and Ball State University have each published deep dives with similar findings: Indiana is underperforming the nation by most metrics…”

This article could not have been better timed for Jason Salstrom who launched his campaign this week for State Representative District 78. “The root cause of our state falling behind the nation in education, productivity, earnings, wages, etc., is the Statehouse,” said Salstrom. “Their top-down ideology, with power and resources concentrated in Indy, is the problem and preeminent obstacle to Hoosier prosperity in the 21st century.”

David Ricks, CEO of Eli Lilly, speaking before the Economic Club of Indiana on April 21, contradicted the Governor and Statehouse’s refrain about the strength of the Hoosier economy. The fact that Eli Lilly is investing billions of dollars in other states, such as Massachusetts and North Carolina, is perhaps the strongest condemnation of the Statehouse’s economic policy.

Salstrom has been warning of these trends for years, formulating solutions, and that is why he says he is running for office. “Economic competition has changed in the last 50 years, but the Statehouse does not understand that,” said Salstrom. “If you think that Intel disregarded Indiana and took their $100 billion economic impacts to Ohio because of incentive packages, you are wrong.”

According to Brookings’ Indiana GPS Project report “State of Renewal”, advanced industries, which include 50 industries, including Hoosier automobile manufacturing, aerospace, medical devices, pharmaceuticals, oil and gas extraction, electric power generation, software, and telecommunications, are “languishing” behind the nation in “competitiveness”, falling nearly 40% behind the national average.

“The Statehouse ideology of trying to bribe industry to rescue Indiana with jobs will continue to drive our state into crisis,” said Salstrom. “Changing course effectively and efficiently requires institutionalized regional economic development infrastructure, working for and accountable to the region, coupled with the local control, not Indy control, giving local elected officials the power to respond to challenges and seize opportunities.”

Salstrom launches his campaign on May 12, 5-7 pm at Plaid and Timber Axe Throwing Company. Visit the campaign website for details www.hoosiersforlocalcontrol.com.